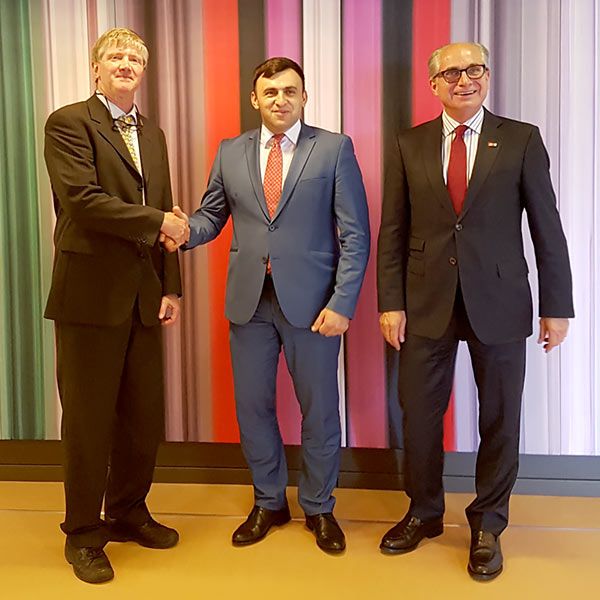 The meeting between the epi President, Mr Tony Tangena, and the Director General of the State Agency on Intellectual Property of the Republic of Moldova (AGEPI), Mr Octavian Apostol, was organized by the EPO in the framework of the IP Executive Week in Munich.

The cooperation falls within an agreement between the EPO and the Republic of Moldavia and the related signature of a Work Plan establishing a Joint Program of Activities to be implemented by both offices during the period 2016-2017.

Since November 2015, patent applicants can validate their European patent applications and patents in Moldova. After their validation, these patents will confer the same rights and legal protection as national patents granted in Moldova.

The meeting offered the opportunity for some constructive discussions and exchanges of experience regarding the cooperation between Europe and the Republic of Moldova.

Mr Tangena warmly welcomes the initiative and joins the collaboration as a chance to raise awareness of the importance of European patents and focus on the future of the patent system in Europe.