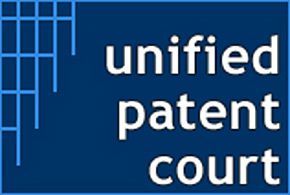 The notification letter has been kindly provided to the epi by the Council and can be read here . It states that Italy has determined to request participation in the enhanced cooperation for the creation of unitary patent protection, pursuant to Article 331 of the Treaty on the Functioning of the European Union. Besides, it warns that the accession to enhanced cooperation on the European Patent does not prejudge Italy's well established position on the EU language regime and does not constitute a precedent.

Pursuant to Article 331 of the Treaty on the Functioning of the European Union, any Member State which wishes to participate in enhanced cooperation in progress shall notify its intention to the Council and the Commission. Subsequently, the Commission shall, within four months of the date of receipt of the notification, confirm the participation of the Member State concerned. The epi will keep an eye close on the Commission’s response.

Following the participation of Italy in the enhanced cooperation for the creation of unitary patent protection, 26 EU Member States will have adopted the Unitary Patent Regulation (with the exception of Spain and Croatia). Given that Italy had already signed the Agreement on a Unified Patent Court (UPCA), the status in this context will remain the same, that it, 25 countries having signed the UPCA with only Spain, Poland and Croatia not having done so.